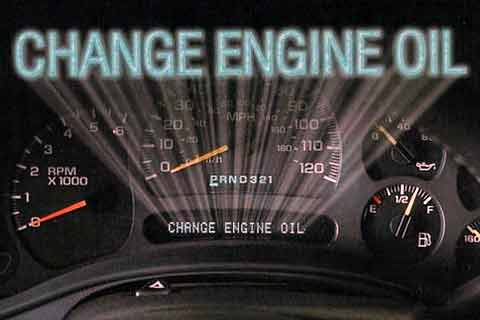 Here is a myth that is "busted" not by the Discovery Channel's Mybusters, but the California Integrated Waste Management Board (CIWMB). The myth is that you have to change your engine oil every 3000 miles. According a recent CIWMB study, 73 percent of California drivers change their oil more frequently than their manufacturer recommends.

Greatly improved oils, especially the synthetic oils now used in many new vehicles, coupled with better engines mean you can go much longer between oil changes without harming a vehicle's engine. The 3000-mile interval is a carry over from day when engines used single-grade nondetergent oils and less efficient filtering.

Auto manufacturers are now recommending oil changes at 5,000, 7,000 or even 10,000 miles intervals under normal driving conditions. For example, Ford recommends that changing the oil every 7,500 miles for 2007 or new vehicles.

Besides saving money and time, less frequent changes means less oil is used and disposed of in a way that can harm the environment. Using 2005 data, the CIWMB, estimates that California motorists alone produce approximately 153.5 million gallons of waste oil annually. Only 91 million gallons, or about 60 percent, of this waste oil is recycled.

Wasted oil means more $100 a-barrel oil has to be imported. Improperly disposed oil, such as that poured down the drain, can do great harm to the environment. Used motor oil poses the greatest environmental risk of all automotive fluids because it is insoluble, persistent and contains heavy medal and toxic chemicals.

Improperly used oil often finds its way into lakes, streams and oceans by the stormwater system. A single gallon of used oil can foul 1 million gallons of water where it can threaten fish, waterfowl, insects aquatic life and drinking water supplies.

Drivers should check their vehicle owner's manual for oil change recommendations that are based on the model, make, year, and normal versus severe driving conditions. The latter, which would dictate more frequent changes include:

Some vehicles now have sensors and displays that alert drivers when to change the oil based on how the particular vehicle is operated.

Get a great loan on your next car

Get a FREE quote with 21st Century Insurance.
Click Here.

Looking for a used car? Get a FREE VIN check at AutoCheck®.